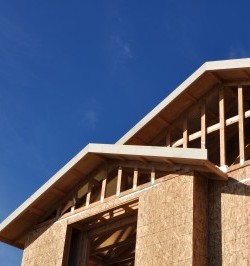 Mortgage rates worsened last week in response to more indications that the U.S. economy and global economic trends are improving. Global economic data was stronger than expected; which generally boosts investor confidence and leads to higher mortgage rates in Oklahoma and across the country.

According to Freddie Mac, the average rate for a 30-year fixed rate mortgage was 3.53 percent with borrowers paying all of their closing costs and 0.8 percent in discount points along with a full complement of closing costs.

The U.S Department of Commerce reported that Factory Orders for December improved over November; they rose from 0.0 percent in November to 1.89 percent in December, but fell short of Wall Street’s expectation of 2.5 percent.

The ISM Services Index for January was released Tuesday and fell to 55.2 from December’s reading of 56.1 and was slightly higher than against investors’ expectations of 55.0. Readings above 50 indicate expansion of the service sector of the economy. The ISM Services Index is also an indicator of future inflationary pressure.

259 of the 361 metro areas surveyed in the IMI showed improvement in February. By comparison, only 12 improving metro markets were reported for September of 2011.

Increasing home prices and mortgage rates suggest that now may be the time for buying a home.

The best economic news for last week came on Friday, when the U.S. trade deficit fell to its lowest level since January 2010. The Trade Balance Report for December shows the trade deficit at -$38.5 billion against expectations of -$46 billion and November’s deficit of -$48.7 billion. While a great boost for the economy, this is another indicator that recent low mortgage rates and home prices may soon become history.

Retail Sales for January will be released on Wednesday and watched closely by investors. Retail sales account for approximately 70 percent of the U.S. economy and are viewed as a strong indicator of the economy’s direction.

Jobless Claims on Thursday, Industrial Production and Consumer Sentiment on Friday round out the week’s economic reports.