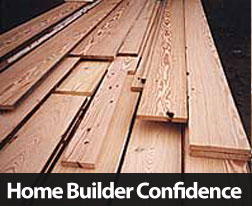 The National Association of Homebuilders/Wells Fargo Housing Market Index dropped two points to 55 from September’s revised reading of 57. Builder concerns over labor costs and availability and economic uncertainty related to the federal government shutdown were noted as factors contributing to the lower reading for October.

Northeast: The reading for October fell three points to 38. Concerns over the government shutdown were felt here.

Midwest: Up by one point for October at 64, the Midwestern region posted the only gain for October.

South: The October reading for the Southern region was unchanged at 56.

West: The West lost one point on its HMI for October. Lack of available homes and developed land for building likely contributed to this reading.

The NAHB estimated that starts for single and multi-family housing units for September will fall between 875,000 and 900,000 on a seasonally-adjusted annual basis. Single-family housing starts are expected to range between 620,000 and 630,000 for September.

NAHB produced this estimate in lieu of the US Department of Commerce report on housing starts that was delayed due to the federal government shutdown. NAHB also reported continued volatility in multi-family housing construction.

A continuation of the government shutdown will almost certainly create ongoing consequences for housing and mortgage lending.