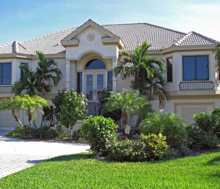 The Case-Shiller Index measures changes in home prices by tracking same-home sales throughout 20 housing markets nationwide; and the change in sales price from sale-to-sale.

Detached, single-family residences are used in the Case-Shiller Index methodology and data is for closed purchase transactions only.

Between November 2011 and November 2012, home values rose in 19 of the 20 Case-Shiller Index markets, with previously-hard hit areas such as Phoenix, Arizona leading the national price recovery.

The Phoenix market gained 1.4% for the month and was up 22.8% for the previous 12 months combined.

The top three monthly “gainers” for November 2012 were:

It should be noted, however, that the Case-Shiller Index is an imperfect gauge of home values.

First, as mentioned, the index tracks changes in the detached, single-family housing market only. It specifically ignores sales of condominiums, co-ops and multi-unit homes.

And, lastly, the home sale price data used for the Case-Shiller Index is nearly two months behind its release date, rendering its conclusions somewhat out-of-date.

Home values rose 0.6 percent between October and November 2012 nationwide, the FHFA said, and climbed 5.6 percent during the 12 months ending November 2012.